“The big question is whether you are going to be able to say a hearty yes to your adventure.”  – Joseph Campbell

Joseph Campbell identified the stages of ‘The Hero’s Journey’, as found in archetypal stories from around the world, to equate to those found in our own personal lives.

He stated that the transformations of childhood, adolescence, adulthood, middle age, old age and even death all hold the potential for us to awaken to our greatest, most ‘heroic’ selves.

We live next door to an eight year old boy named Kayden. Whenever we see him playing outside he is wearing either a cape or a sword. I don’t think I’ve ever seen Kayden just ‘be Kayden’. He’s a fireman, a train engineer, a police officer, Batman, Superman, Robin Hood, Harry Potter, King Arthur, a mail carrier, a ship’s captain, an airline pilot…

To Kayden, every day is a hero’s journey. He is busy internalizing the heroic storyline through his own creative interactions with life. With the support of his patient and insightful parents, he’s setting the tone for his own journey. 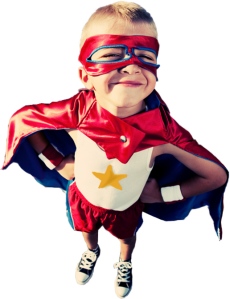 By all accounts, it will be heroic…

Like most kids, Kayden spends most of the day in school, acquiring the necessary information needed to matriculate through an educational system that is less about ‘heroism’ and more about facts, standardized testing and working within a shrinking budget.

Is this any place for a superhero?

All the Time in the World

Error: Twitter did not respond. Please wait a few minutes and refresh this page.